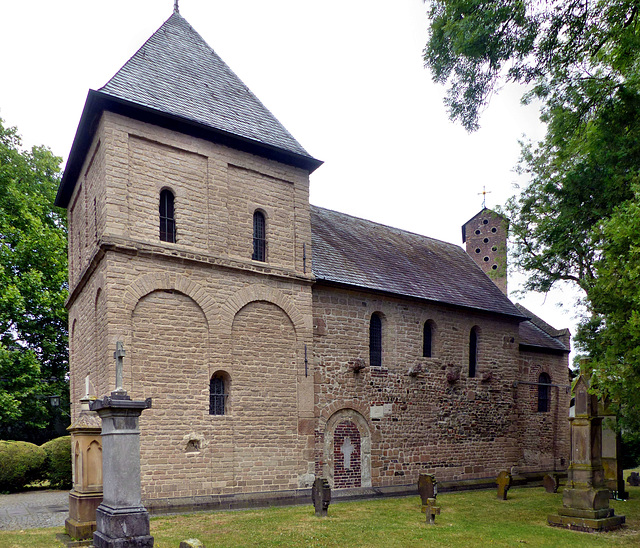 There are remains of a small hall, that may have existed to the 16th or 17th century. Here the local judge met the delinquents.This now bricked up side door once lead to that hall from the church.

Of course the church was to small, when the population grew. In the backdrop is the bell-tower of the new parish church, dedicated to Albertus Magnus.