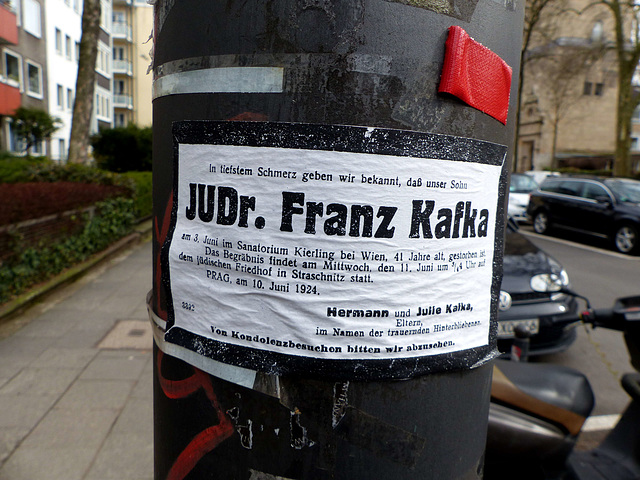 Franz Kafka is one of the of the major figures of 20th-century literature. His best known works include "Die Verwandlung" ("The Metamorphosis") and "Der Process". The term "Kafkaesque" has entered the language to describe situations that are puzzling, surreal and maybe frightening.

I felt a bit Kafkaesque, when I recently found this obituary notice, pasted on a lamppost in Cologne´s Südstadt quarter.