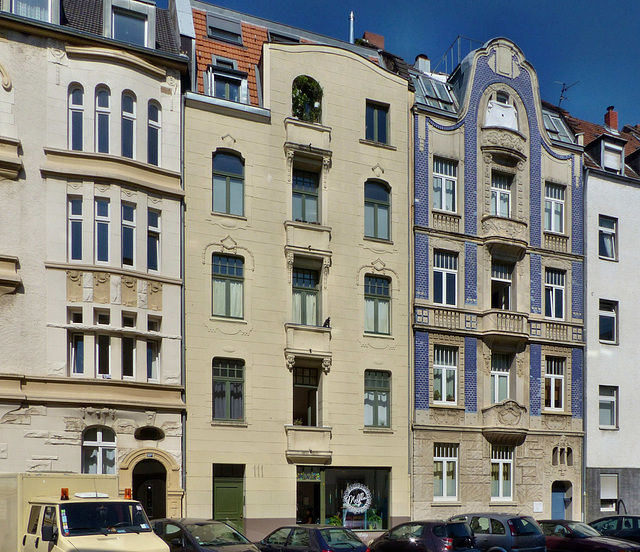 During WWII Cologne was bombed in 262 separate air raids. The first ever 1,000 bomber raid by the RAF ("Operation Millenium") was conducted on Cologne in May 1942. In April 1945, when the American armee reached Cologne, the city was completely ruined. About 90% of all houses in the inner city were - gone. In 1939 Cologne had had a population of more than 700.00. In spring 1945 there were only about 40.000, living in the ruins. So the very most houses and facades in the city of Cologne are - young.