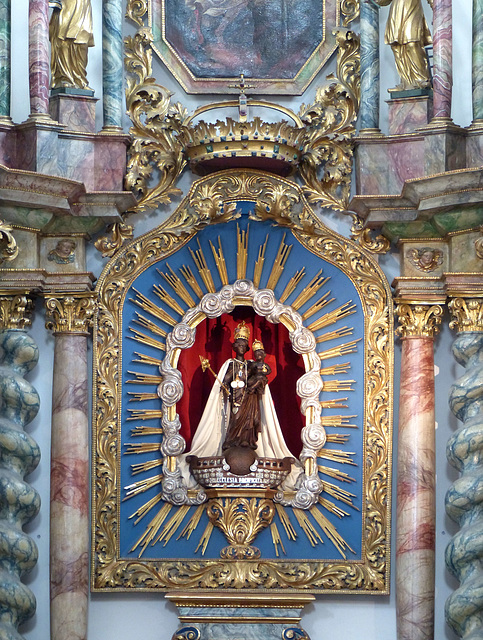 St. Maria vom Frieden, erected in Baroque style in the 17th century and consecrated in 1692, is a nunnery church. The convent of Barefoot Carmelites (aka Discalced Carmelites) existed here since 1639, the erection of the church was supported by former French Queen Maria de’ Medici, who (exiled from France) lived the last year of her life in Cologne. From her the nuns inherited the miraculous image of the "Regina Pacis".

The concvent existed upto 1802, when it got dissolved and the church became a parish church. In 1942, the church and the buildings around were hit by bombs and nearly completely burnt down. Even the miraculous statue of the Virgin got destroyed.

Just after the war, the Carmelites returned and managed the reconstruction of the church and the convent´s house. It took nearly 20 years to complete. The lost miraculus statue got replaced by a copy, seen here.