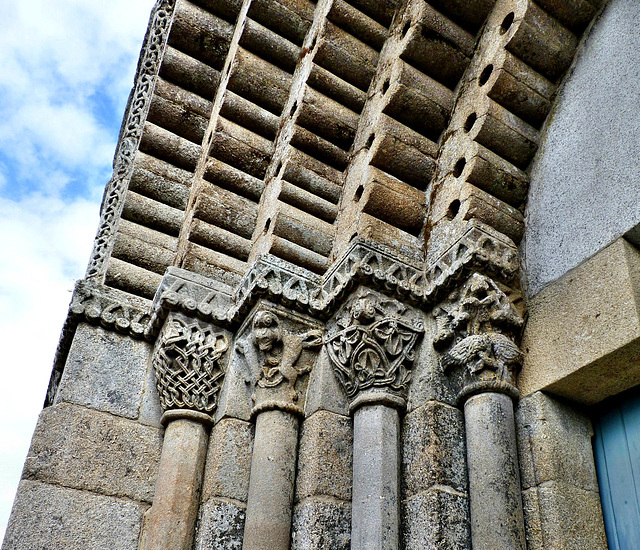 The church was part of a monastery, that in 1258 was owned by "milites et divitum homini" - Knights Templar. Later a convent Augustine Canons existed, before the Archbishop of Porto took over. The convent´s building were destroyed after the Revolution in the 19th century, when the church became a parish church. The church was erected end of the 13th century but got changed later a couple of times. The church once had a narthex, the remains are still visible.

The tympanum got lost over the centuries, the archivolts and the capitals survived the times.
Suggested groups:
Comments