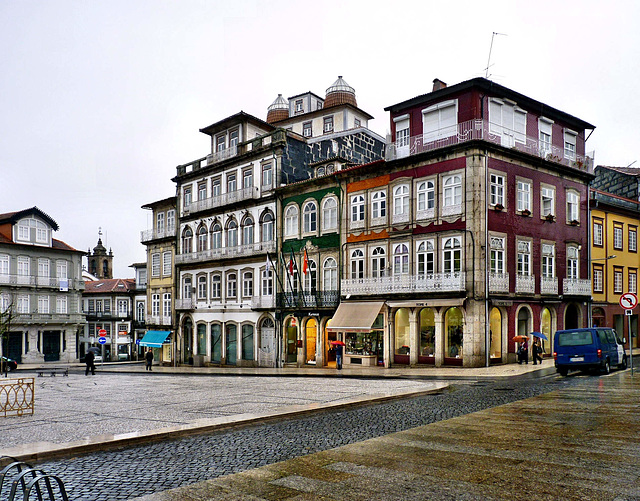 It is widely believed, that the first King of Portugal, Afonso I (aka "Afonso o Conquistador"), was born in Guimarães in 1109, so Guimarães is sometimes referred to as the "birthplace of the Portuguese nationality" .

For some decades, Guimarães was the capital of the County of Portugal, however due to the needs of the Reconquista, Coimbra became the kingdom's capital later.

The "Largo do Toural", Guimarães´ central square, is impressing, but looks surely better in brilliant sunshine.