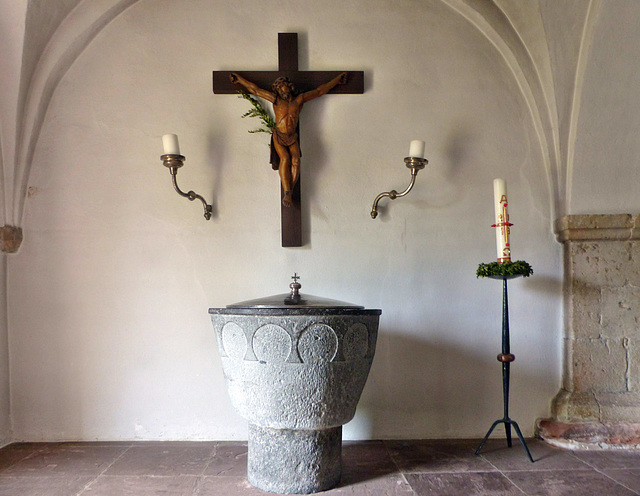 By now the church is popular for weddings and baptisms. The baptismal font really fits into this church, thout it probably looks older than it is.
Suggested groups:
Comments