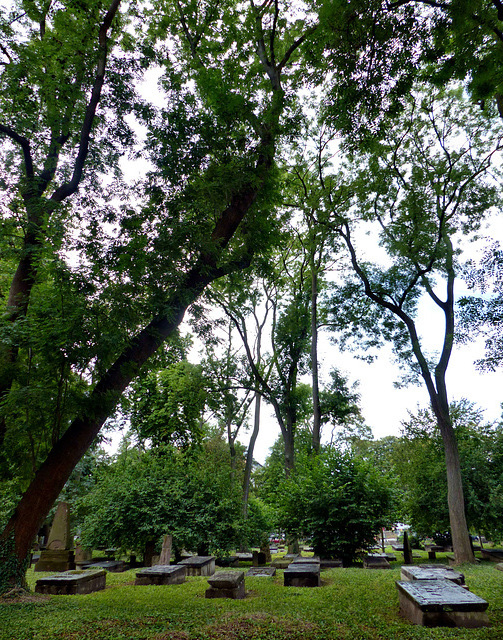 In 1529 Adolf Clarenbach and Peter Fliesteden, both Protestant reformers, were burnt in Cologne. And even around 1584, when the "Geusenfriedhof" was established way out of the city, Prostants were still persecuted by the influential Catholic clergy.

This was the first "Protestant Cemetery" not only on Cologne but within the Rhineland. The word "Geusen" connects it to Dutch Protestants, who had fled the Spanish regime from what is the Netherlands today. From 1828 on Protestants was allowed to use the Melaten Cemetery. The last burila here took place in 1876.
Suggested groups:
Comments