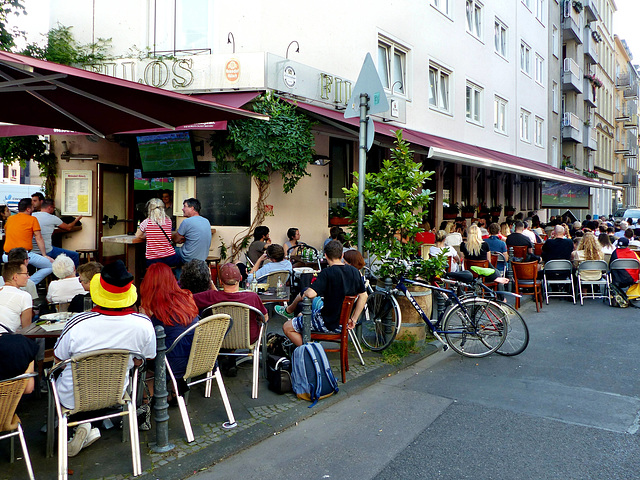 "Filos" is a very popular restaurant/pub in the Südstadt quarter offering mediterranian food, wine and "Kölsch"-beer since 1982. During the 2018 FIFA World Cup large screens were installed inside and outside the building. On June 27 the guests followed the game South Korea vs Germany. South Korea won by 2:0 - and the German national team left Russia the following day. Game over!

Bergfex has particularly liked this photo