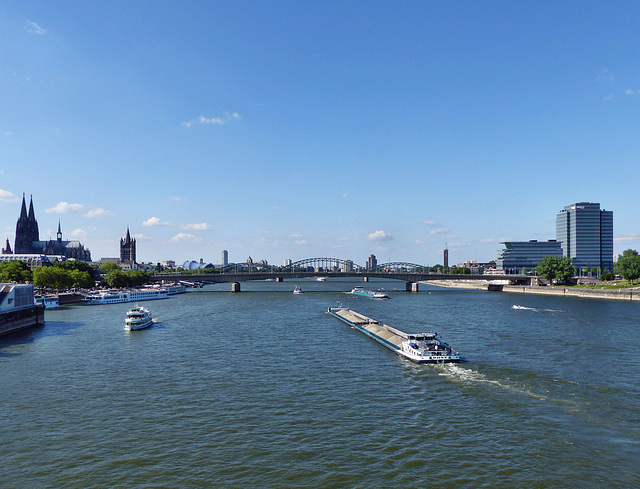 Standing on the Deutzer Brücke facing north. Large barges cross the city. On the left bank, near Dom and Gross Sankt Martin, cruise ships have moored. Trains reach Cologne via the Hohenzollernbrücke in front. The central station is next tio the Cathedral.