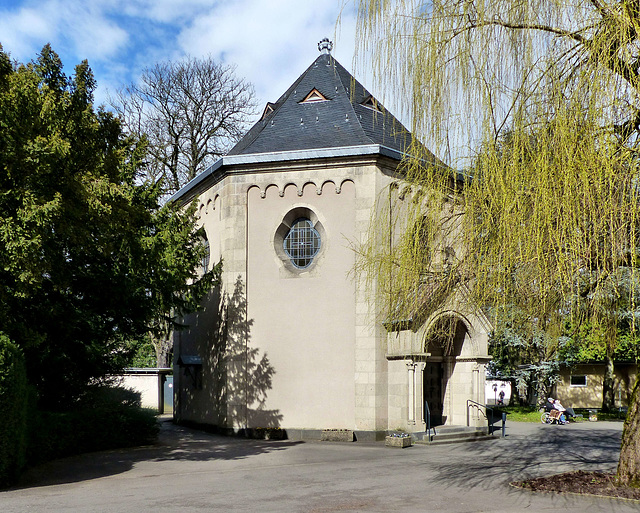 The "Southern Cemetery" is the largest cemetery in Cologne. The cemetery, laid out as a parkland, was opened in 1901. About 40.000 civilian victims of the WWII bombings of Cologne are buried here. The quiet area includes an Italian and a British war cemetery.

Located near the main entrance is this octagonal, neo-Romanesque chapel.
Suggested groups:
Comments