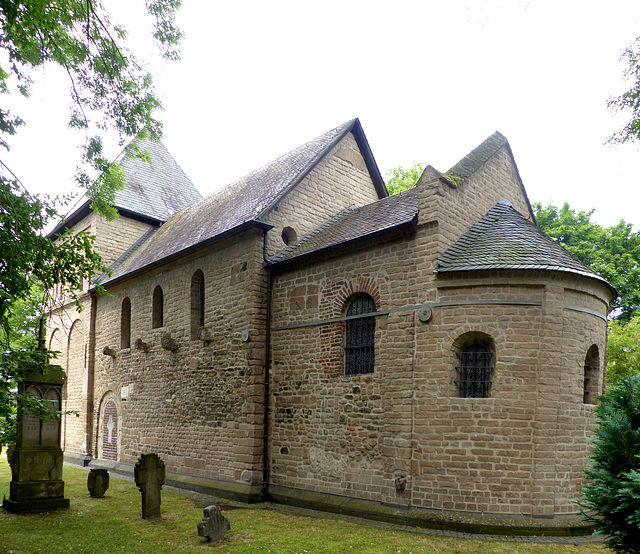 The official name of this Romanesque church is "St. Stephanus", as it is dedicated to the protomartyr. It is believed, that this small building is the second oldest church in Cologne. Only St. Gereon is older. a legend tells, that Hildebold, who became Archbishop of Cologne later, has worked here, when Charlemagne met him. When Charlemagne was here, the existing church was made froim timber. This church got replaced around 900, that again was enlarged and remodeled a couple of times later.

The four corbels on the side are the remains of a small hall, that may have existed to the 16th or 17th century. Here the local judge met the delinquents.