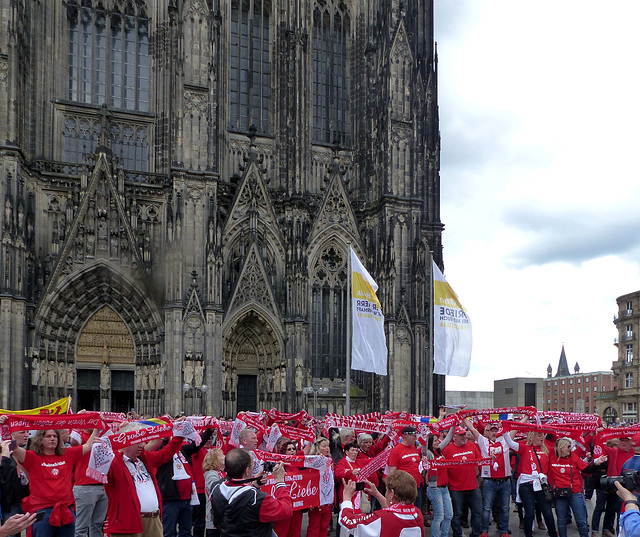 Fans of the soccer club Mainz 05 have gathered in front of the Cologne Cathedral to sing their chants. This was a couple of hours before the match again Cologne´s 1. FC Köln started. Probably Mainz 05 won the match. Cologne´s team played a miserable season, the performance was sometimes pitiful - and at the end the club was relegated. The FC Köln, having a billy goat named "Hennes" as a mascot, is a kind of "yo-yo team" moving up and down between "1. Bundeliga" and "2. Bundeliga".
Suggested groups:
Comments