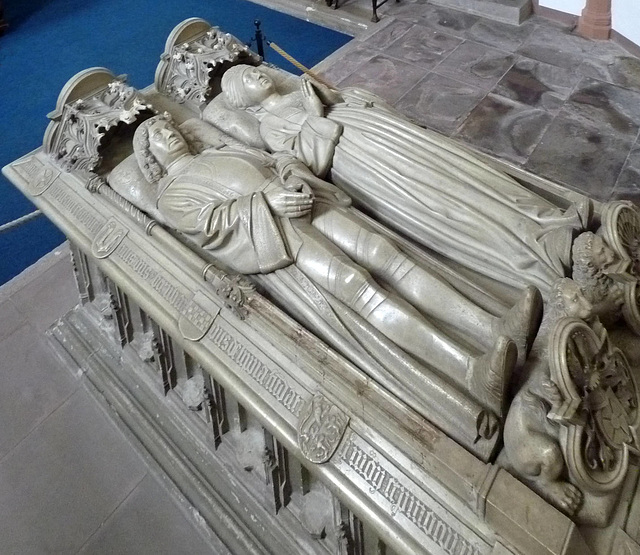 Soon after, the news spread that the well, where the wafers did not had sunken, had miraculous healing powers and Blomberg became a place of pilgrimage. A chapel was erected over the well and in 1468 Augustinian canons estabslished
a monastery. The church was expanded in 1473 to a late-Gothic hall church and is today the Protestant-Reformed parish church.

The former abbey church lost the dedication after 1605 when Simon VI. von Lippe ordered his subjects to follow Johannes Calvin, but the the area around the church and the street are still named "Seliger Winkel" - "Blessed Corner".

For almost two centuries this church served as the burial ground for the House of Lippe. The table tomb of Bernhard VII. zur Lippe and his spouse Anna von Holstein-Schaumburg is a work of Heinrich Brabender (1467-1537), a famous westphalian sculpteur, who was based in Münster. His late Gothic art can be found mainly in Northern Germany.
Suggested groups:
Comments