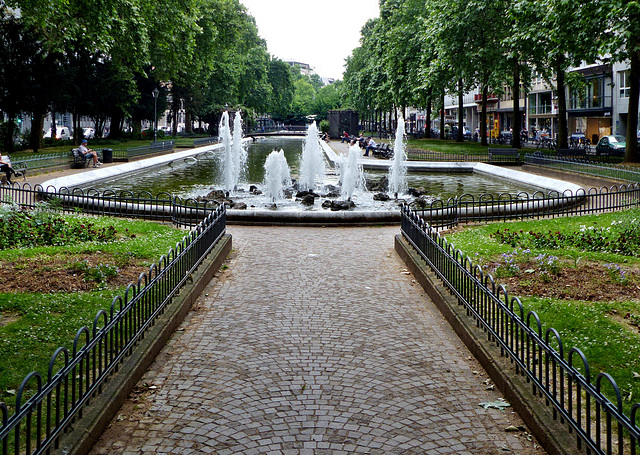 The "Kaiser-Wilhelm-Ring" is part of the "Kölner Ringe", a semi-circular, some 7 km long urban boulevard. The four lane street is Cologne´s busiest street system. The road encircles the old town of Cologne on its Southern, Western and Northern boundaries on the site of the former medieval city wall. The road, planned and built end of the 19th century, divides into old town (Altstadt) and new town (Neustadt). Every section of the "Kölner Ringe" has its own name (eg Ubierring, Karolingerring, Habsburgerring, Sachsenring...).

The "Kaiser-Wilhelm-Ring" is an esplanade with a landscaped central part and a large fountain. It was named after Wilhelm I of Germany (1797–1888).