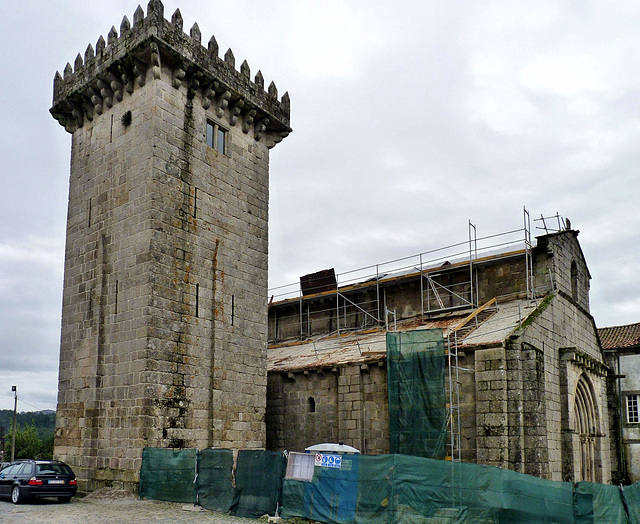 The massive tower may date back to a defence line during the Reconquista. The battlements were probably added in the 13th century, maybe even later.

Unfortunately the church was under reconstruction, when I visited.