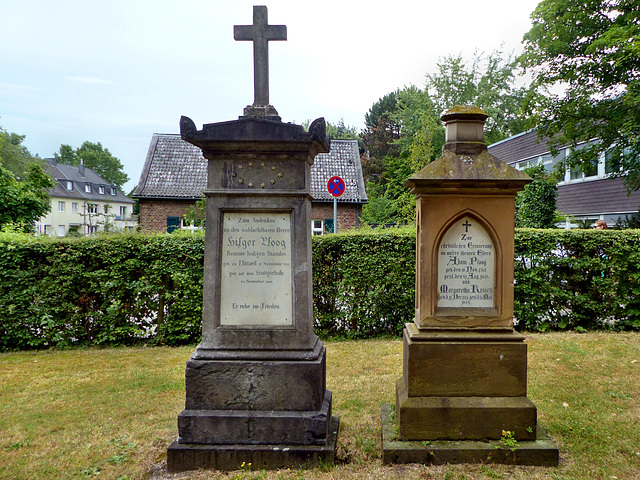 Hilger Ploog (left stone) must have been their son. Hilger (1812 - 1860) is described ans a honourable , unwed retiree (with only 48 years of age!). He died at "Stuttgerhof", what was a part of the Kriel parish at that time.

The small brick building in the backdrop was the first school here.
Suggested groups:
Comments