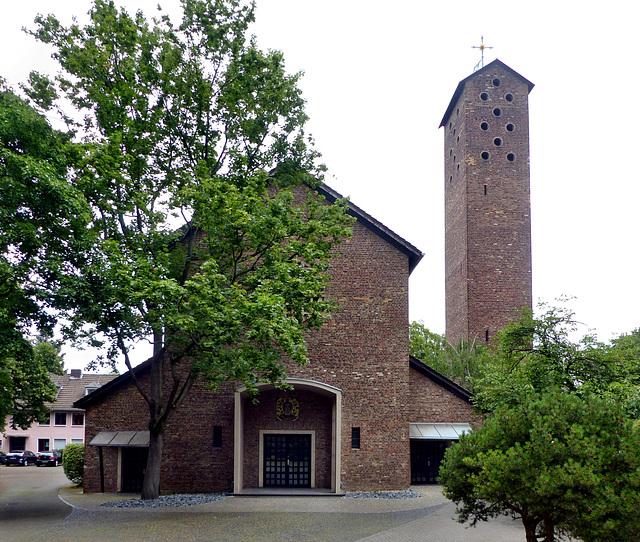 The "Krieler Dömchen", officially named "St. Stephanus", is the second oldest church of Cologne (see previous uplaods). It is located in the former village of Kriel, now part of Cologne-Lindenthal. Already within the 19th century this church was too small for the growing population.

After WWII a new parish church, dedicated to St. Albertus Magnus, was erected next to the old Romanesque church. Dominican Albertus Magnus, lawyer, scientist, theologian, was on of the founders of the University of Cologne (1388). He was on of the really important medieval polymaths, his tomb is in the crypt of St. Andreas in Cologne.