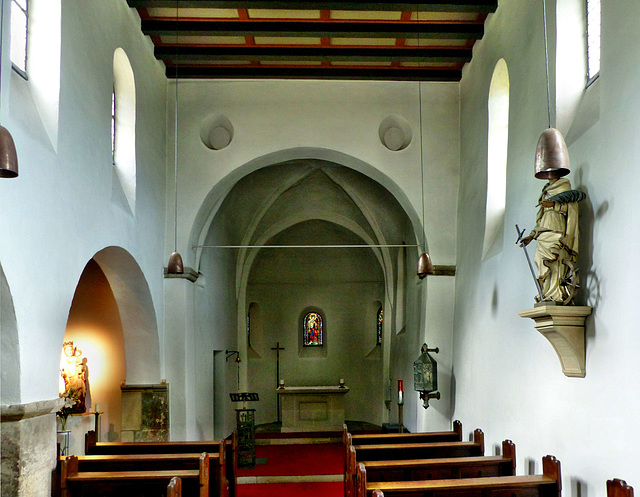 The church has one side aisle. St.Catherine seems to wear a helmet, but she does not. Sorry! By now the church is popular for weddings.