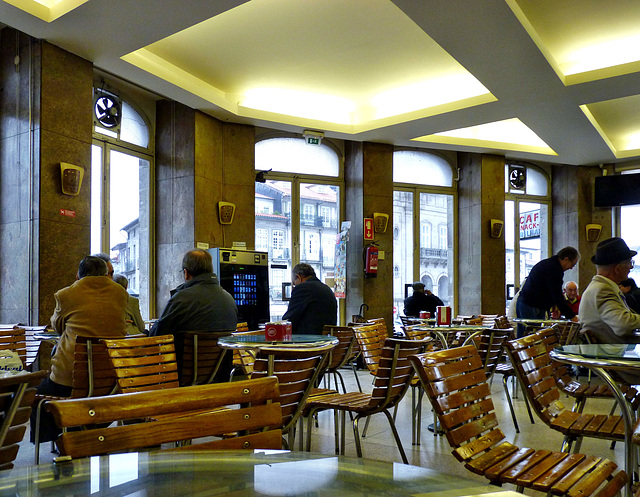 It is widely believed, that the first King of Portugal, Afonso I (aka "Afonso o Conquistador"), was born in Guimarães in 1109, so Guimarães is sometimes referred to as the "birthplace of the Portuguese nationality" .

For some decades, Guimarães was the capital of the County of Portugal, however due to the needs of the Reconquista, Coimbra became the kingdom's capital later.

We visited Guimarães in heavy rain, so a lot of time, we spent in cafés, where it was dry and warm. The Café Snack-Bar Bilhares is a very nice one.