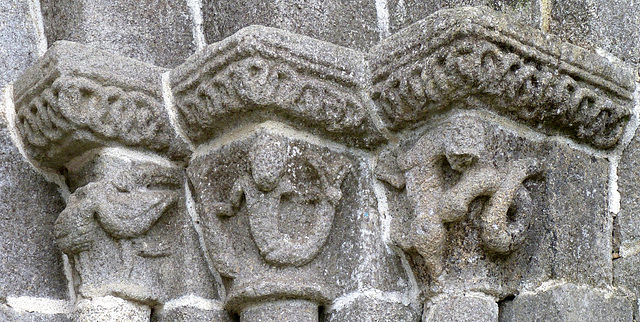 Surprisingly the capitals of the portal´s right side are very similar, if not identical, to them of the left (see prev. upload). Here again the lean mermaid with a large fish in the center.