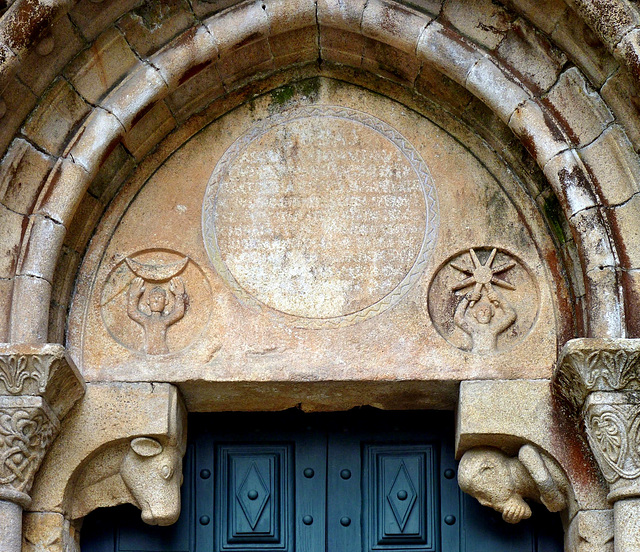 A monastery was founded here mid 10th century. Records exist from 994 on. Egas Moniz o Aio, teacher (= o Aio) and guardian of Afonso I , the first King of Portugal, bequeasted half of his wealth against the promise to be buried here. Between 1088 and 1106 Benedictine monks from Cluny settled here.

The church of today was probably erected in the first half of the 13th century, but later lots of modifications were done.

The monks kept the promise, when Egas Moniz o Aio died in 1146, he was buried here - and got a fantastic tomb. Unfortunately the church was locked - and I could not see it.

As the inscription is not readable any longer, so it is not clear, what "moon" and "sun" stand for.
Suggested groups:
Comments