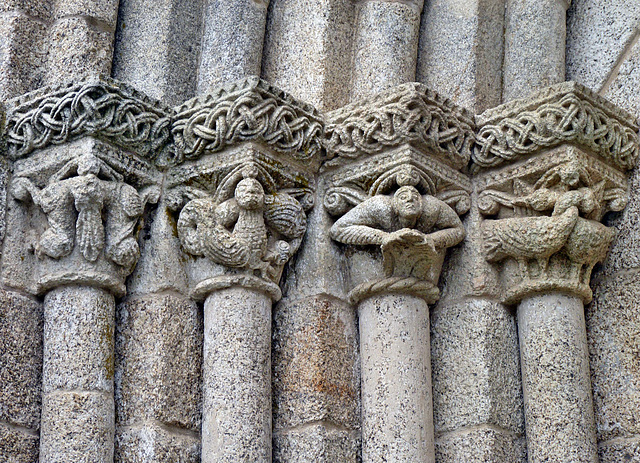 The capitals flank the main portal. The carvings style is interesting, but rough.

Unfortunately the church was under reconstruction, when I visited. But I could at least peep over the fences.
Suggested groups:
Comments