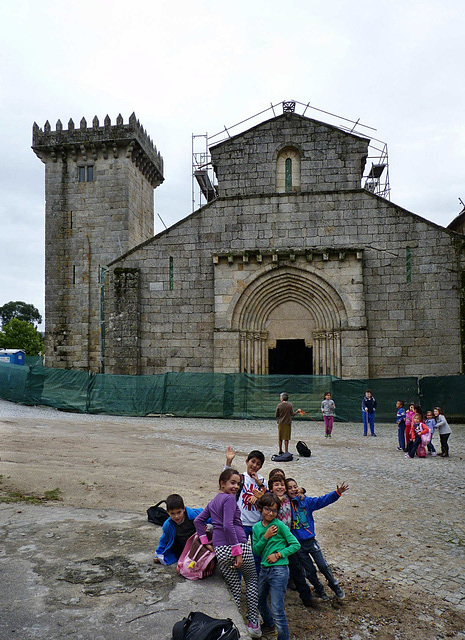 School is out - and the kids pose and wave in front of São Salvador.
Suggested groups:
Comments