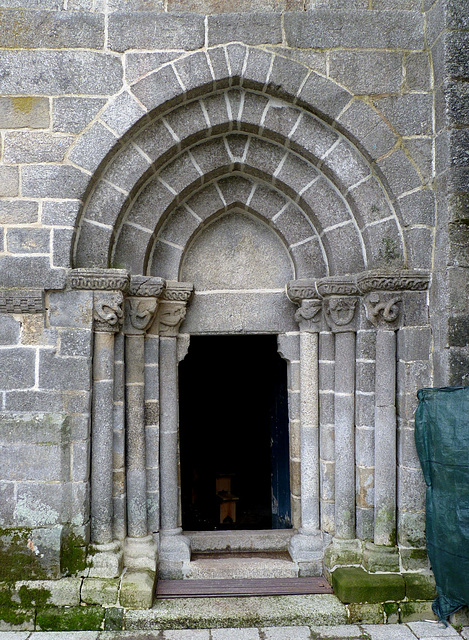 Unfortunately the church was under reconstruction, when I visited, so that I could only glimpse the interior. Here is the slightly pointed side portal.
Suggested groups:
Comments