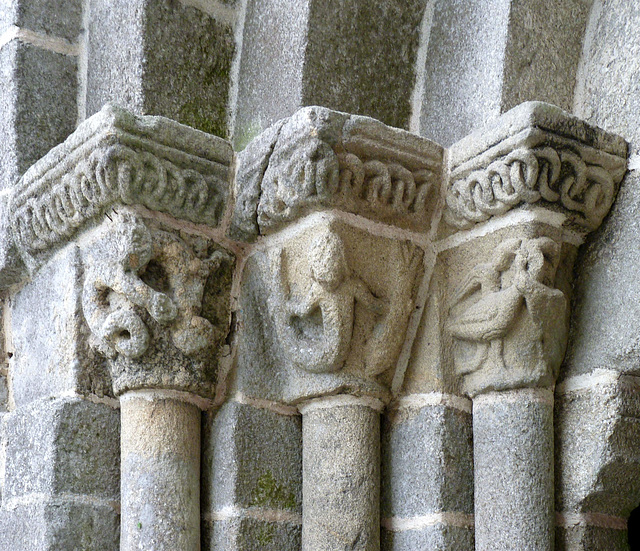 The side portal had slightly pointed archivolts. These are the capitals of the left side of the portal. A nice, lean mermaid with a large fish is in the center.