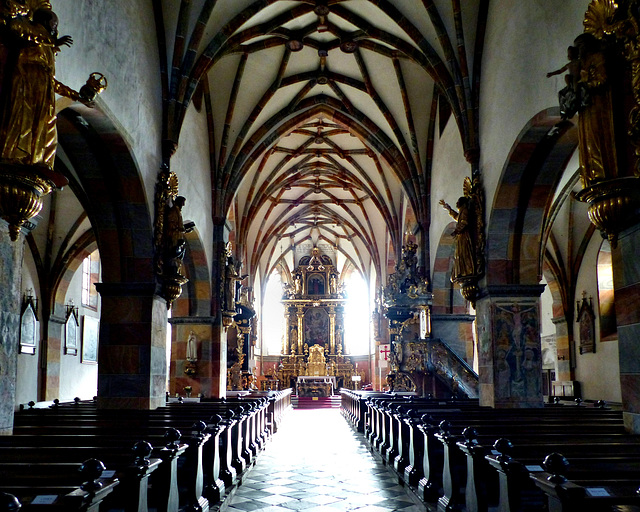 The western side, the towers and the magnificent Romanesque funnel portal were created under abbot Heinrich I (1166 - 1177). The church underwent numerous alterations over the centuries. It did not only suffer from fires, but as well from earthquakes. A strong quake in 1690 heavily damaged the western facade. The repair took more than four years.

The nave in early morning light.

The Romanesque pillar basilica, dating from the 12th century, can still be recognized under late Gothic vaults. The "old" apse got replaced by a Gothic choir.