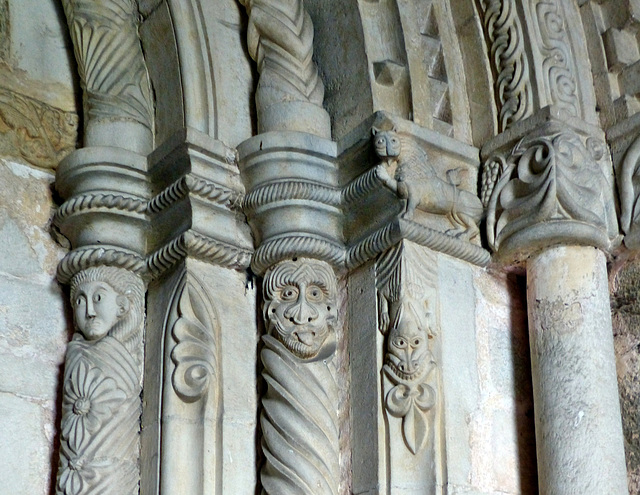 The right side of the funnel portal reminds me on carvings I have seen on wooden posts of "marae", Maori-houses in New Zealand. The face in the center - could be a Maori with a face-tatoo (moko). But, when this face was carved (~ 1170) the Maori had probably not reached "Aotearoa".
Suggested groups:
Comments