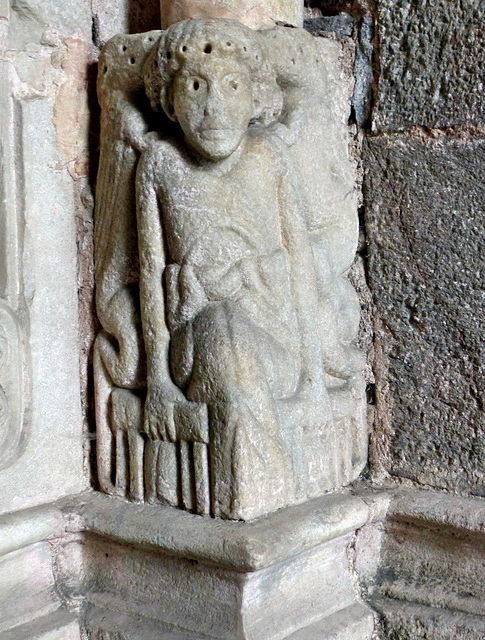 This is the base of one of the side pillars. Depicted is a cripple who moves in using crutches. There is something "behind" the young man (?). Are there beasts/dragons on his shoulders. Are more cripples behind him. There seems to be a rope around his stomach..
Suggested groups:
Comments