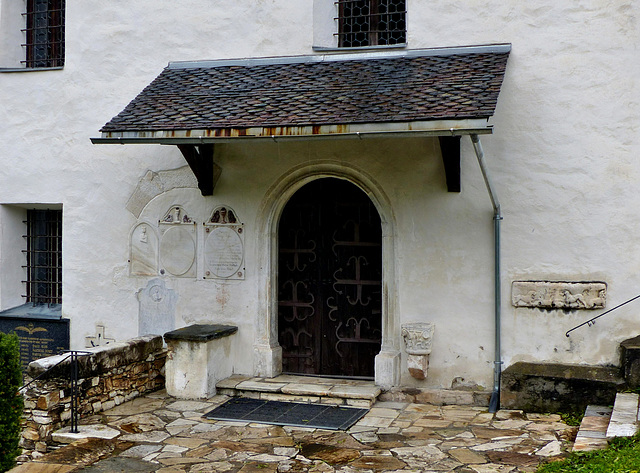 A church, overlooking the valley, existed on the promontory since about 1050. The church seen here was erected within the 12 century, but later got strong Gothic and Baroque enlargements and alterations.

The church and the surrounding area got fortified in the 15th century, during the times of the Turkish and Magyar incursions.

Where the first church was built around 1000 had once been a Celtic place of worship and later a Roman temple of Jupiter. So it is no surprise that some Roman reliefs decorate the outside walls. Here is one just over the handrail.
Suggested groups:
Comments