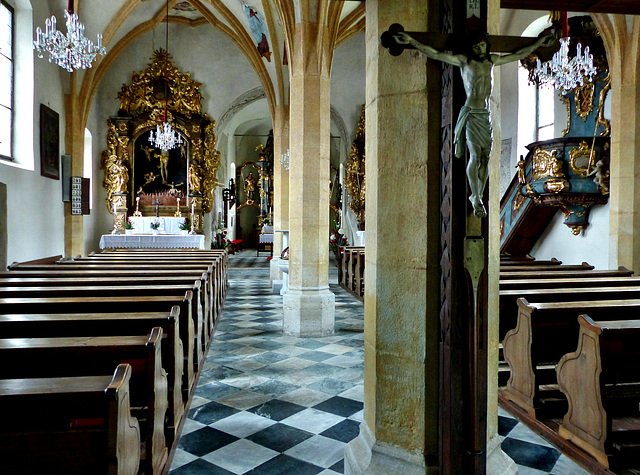 A church, overlooking the valley, existed on the promontory since about 1050. The church seen here was erected within the 12 century, but later got strong Gothic and Baroque enlargements and alterations.

In Gothic times a second nave was added to the once Romanesque church, so by now this is a "two-nave -church", where the row of pillars is in the center of the church.
Suggested groups:
Comments