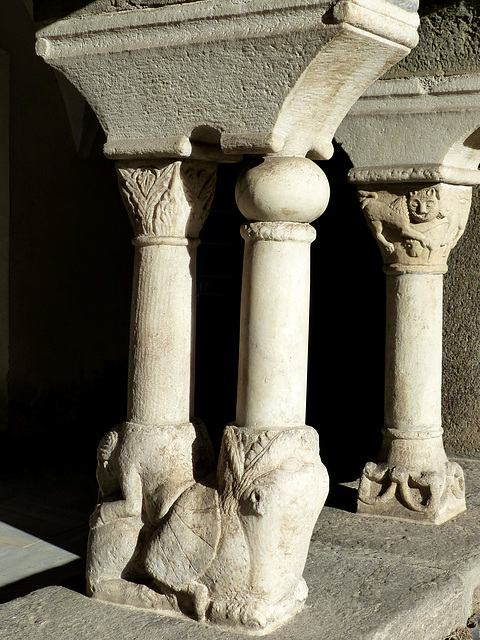 The previous uploads give an overview, here are more details. The lion is a so called "pillar-eater" and the person on the lion´s back is a kind of atlas.
Suggested groups:
Comments