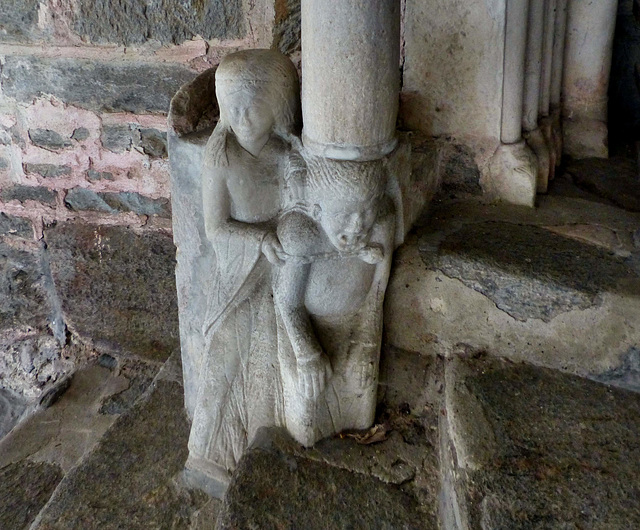 On both sides of the portal are very similar sculptures. Properly dressed ladies hold ugly men. Here the man is in chains. This may stand for the Christianity - and Heathenism.

The chained person reminds me on sculptures in Oloron-Sainte-Marie and Morlaàs (Southern France).
Suggested groups:
Comments