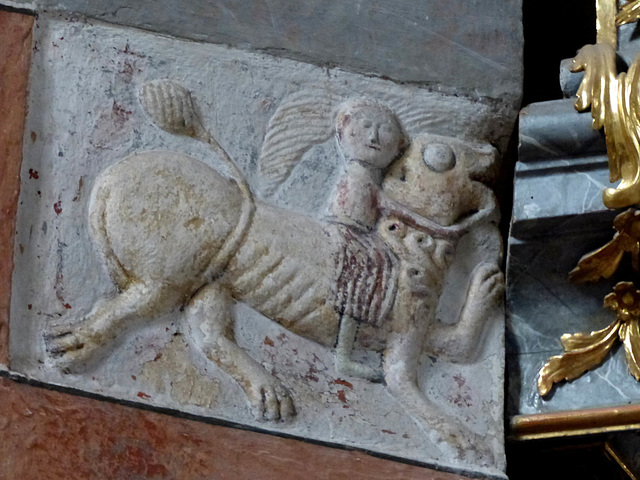 The Romanesque pillar basilica, dating from the 12th century, can still be recognized under late Gothic vaults. The "old" apse got replaced by a Gothic choir. And there are still some carvings - like this small lion rider - next to Baroque gold. He is too small for Samson.
Suggested groups:
Comments