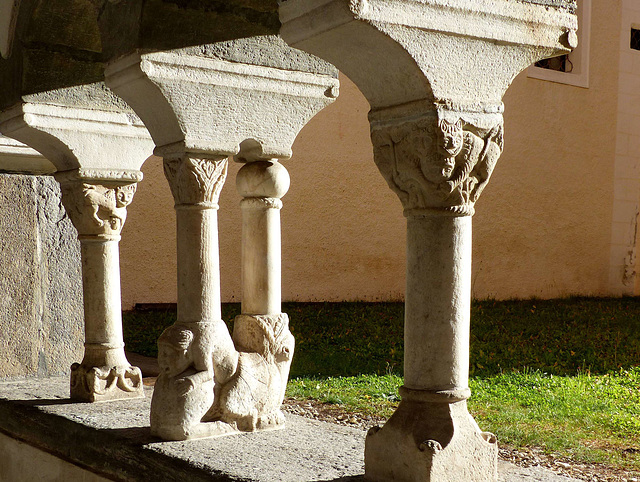 These are the same pillars as seen (from the other side) on the previous upload. The lion (right) - and a person (left) riding on the lion´s back. Actually the person is not "riding" - as he is facing backwards.