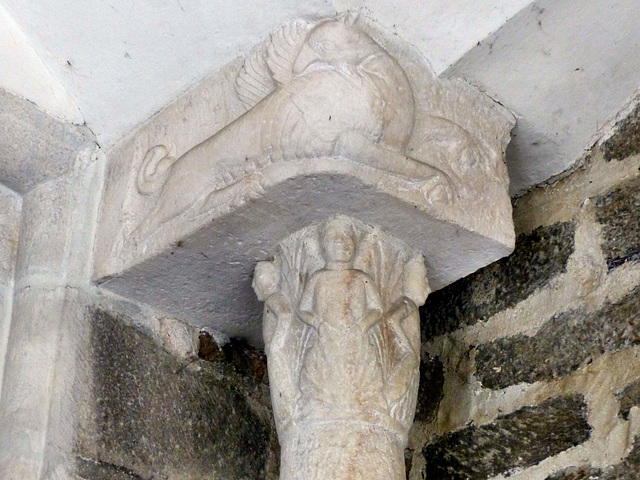 The side portal of the former abby church is in the northeastern corner of the cloister. This is from where the monks entered the church. The portal was "remodeled" around 1500, using Romanesque sculptures, that probably were created 1150-1200 for different places. Here - over the capital - lurks a huge griffon.
Suggested groups:
Comments