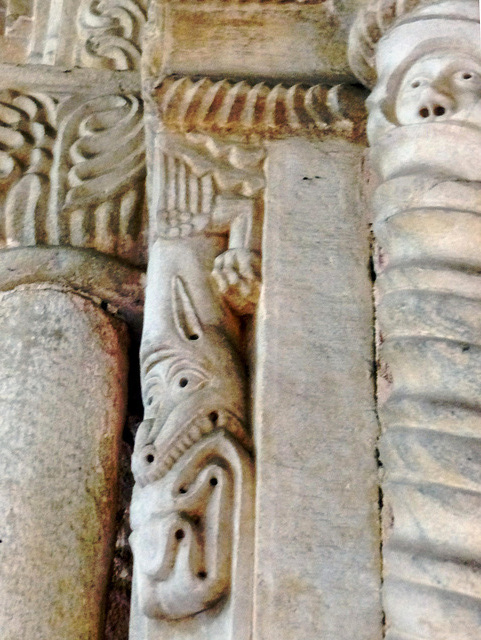 The masters working on the facade had some very strange ideas. I have seen many pillar-eaters. Here is somebody who looks out of a pillar. Come in - and look out!