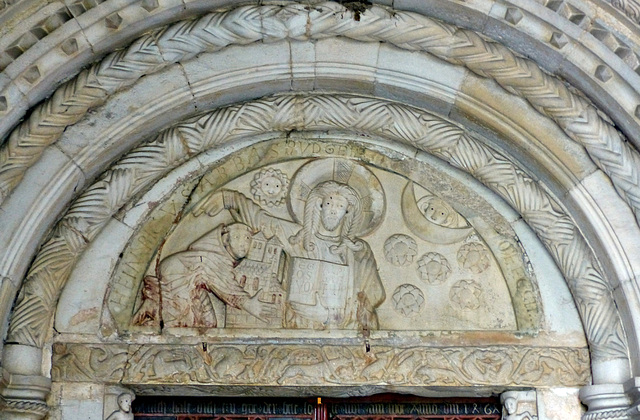 The inscription on the archivolt reads "HEINRICUS ABBAS RUDGER - - - E FECIT! It is incomplete, but it is clear that Rudger (the artist) signed his work.