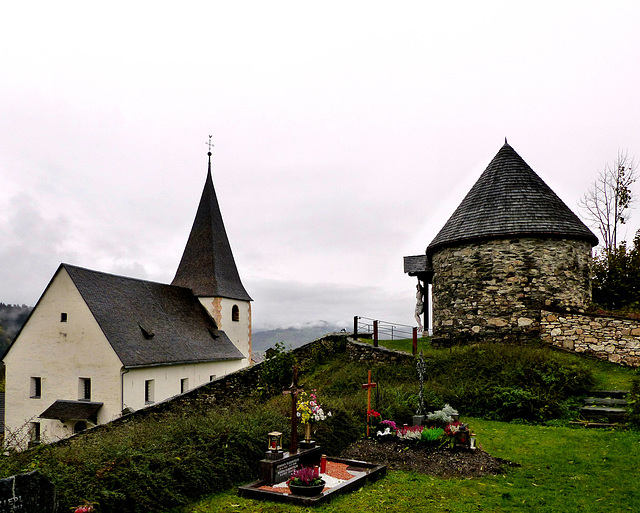 The church and the surrounding area got fortified in the 15th century, during the times of the Turkish and Magyar incursions. It is still surounded by walls and protected by a Karner (ossuary) that served as a defense tower. It occupies the highest point of the protected territory, what is the graveyard today.
Suggested groups:
Comments