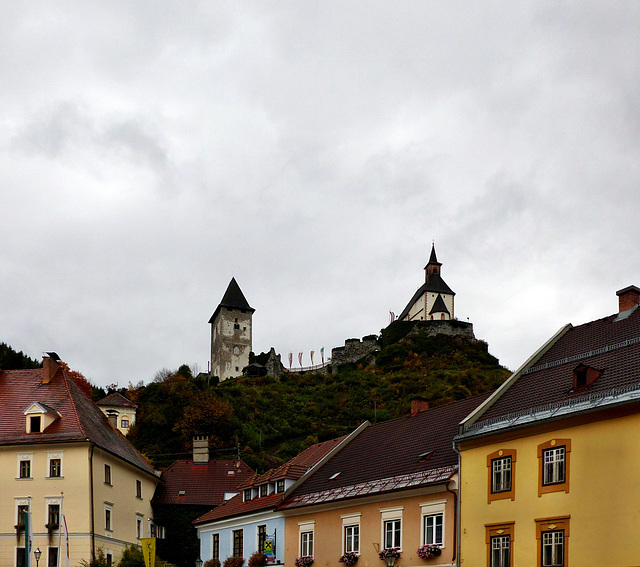 The ruin of "Burg Petersberg" located on a promontory towers over the central square of Friesach. The castle, built from 1076 on, was owned be the Bishops of Salzburg.

Richard I of England ( aka "Richard the Lionheart", "Richard Coeur de Lion") was in Friesach 1192 on flight after the Third Crusade. He was recognised but could escape. Some weeks later his way ended in the Leopold V´s dungeon.