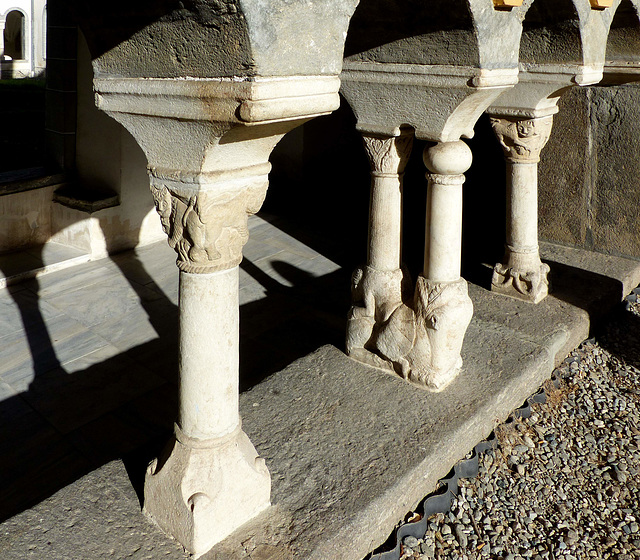 The old cloister has some very interesting capitals. Note the base of the two pillars in the center. A lion (right) - and a person (left) riding on the lion´s back.