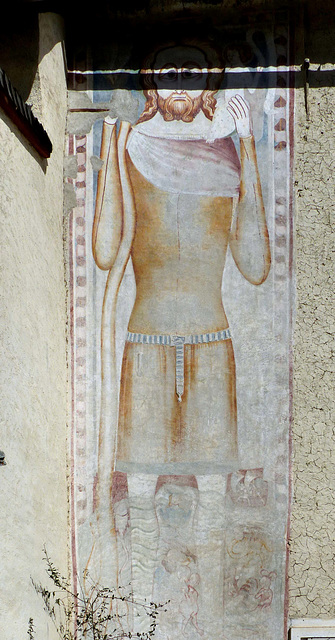 Maria Hilf Assumptio, the parish church of Malta (pop. 2000), was erected 13th - 15th century. It seems, that the building was started in Romanesque, but completed in Gothic style. Like many churches in the alpine area, there is a large fresco outside, depicting Saint Christopher, patron saint for travellers. As Saint Christopher was a giant, most frescoes are large, this one is 7,50 m high. It was created around 1300 and uncovered and restored in 2002.

Like anywhere else there are mythic creatures (eg mermaids) around Saint Christpher´s feet, but here was a creature was found, that made it into the news.
Suggested groups:
Comments