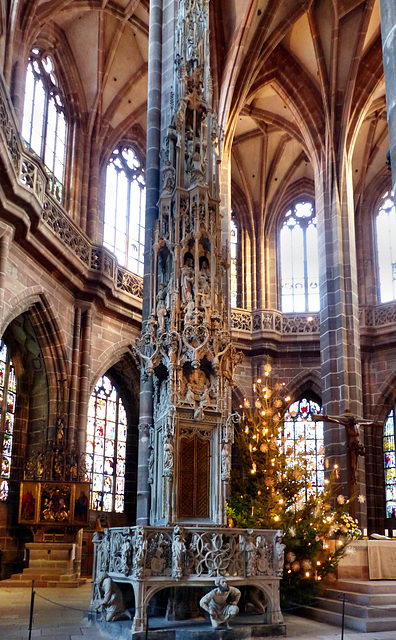 The about 20 metres high tabernacle is a masterpiece, created by Adam Kraft (and his studio) 1493 - 1496. Donor was Hans IV. Imhoff, a wealthy, prominent merchant and city councilman. The contract between Hans IV. Imhoff and Adam Kraft is in the archives of the "Germanisches Nationalmuseum" in Nuremberg. Imhoff paid more than 77 guldens, the doors were another 20.

Three life size figures support the structure. In the center is a self portrait of Adam Kraft. He must have been a very self confident artist. The other figures may depict two of Kraft´s assistants.