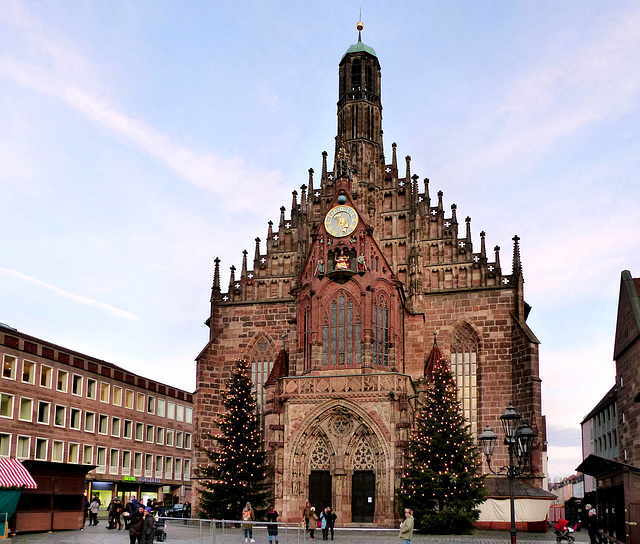 The "Frauenkirche" was built on the initiative of Charles IV, Holy Roman Emperor, who wanted a church for imperial ceremonies here, between 1352 and 1362. It stands on the eastern side of the "Hauptmarkt" (= main market), where since the 17th century the (meanwhile world reknowned) "Christkindlmarkt" is held each year during Advent.

It was built in place of the former Jewish synagogue, which was destroyed during the pogrom of 1349, following an outbreak of Black Death.

Peter Parler may have been the architect of the Gothic facade. One of the notable features is the "Männleinlaufen", a mechanical clock that commemorates the Golden Bull of 1356.