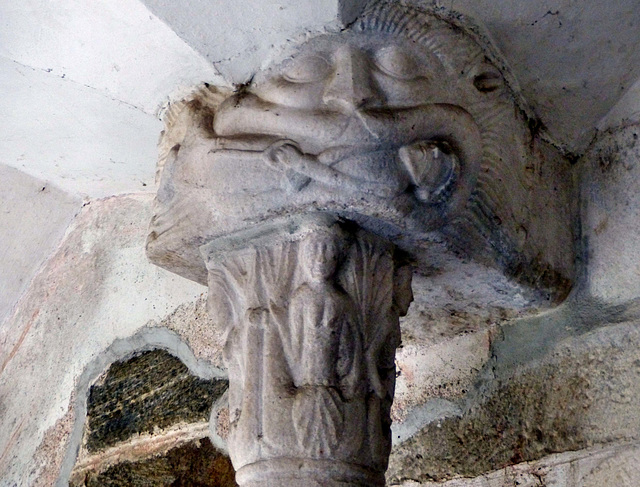 A devouring monster over a capital with a group of mermaids. The poor victim in the monster´s mouth holds a kind of tool..