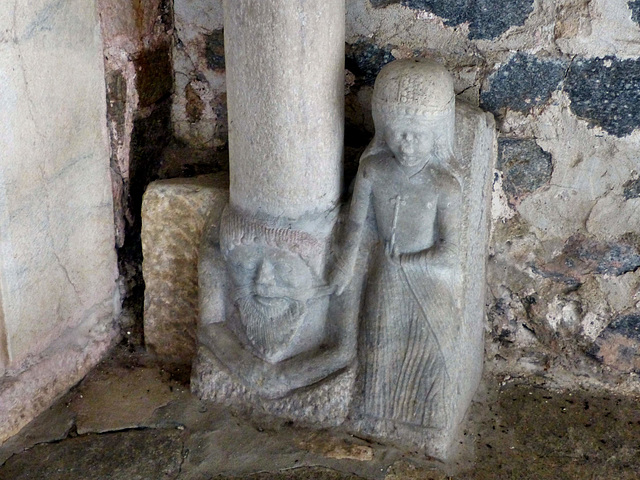 On both sides of the portal are very similar sculptures. Properly dressed ladies hold ugly men. Here the (crowned) lady holds a cross - and has grabbed the thug by his moustache.