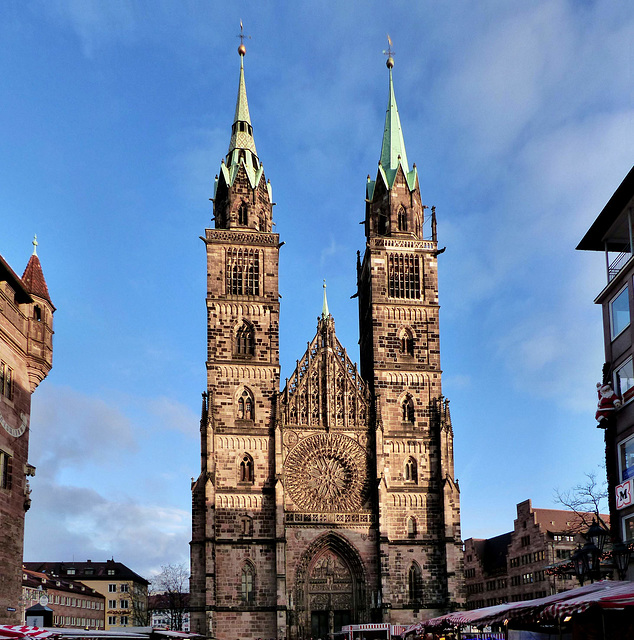 The construction St. Lorenz started around 1250, replacing a smaller Romanesque church here. At the same time St. Sebaldus, another great church in Nuremberg was under construction - only 300 meters east. That probably caused a kind of rivalry.

St. Lorenz was completed ~ 1390, but - following St. Sebaldus - already a decade later alterations started. The side aisles got demolished and were replaced by wider ones. The erection of the Gothic hall-chancel was done 1439 - 1477. Since 1525 St. Lorenz is a (Evangelical) Lutheran parish church. Only 8 years after Martin Luther nailed his Ninety-five Theses to the door of the Schlosskirche in Wittenberg.