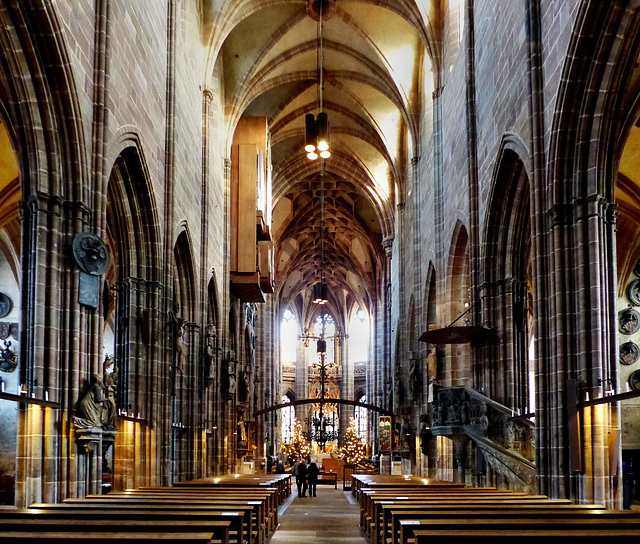 Since 1525 St. Lorenz is a (Evangelical) Lutheran parish church. Only 8 years after Martin Luther nailed his Ninety-five Theses to the door of the Schlosskirche in Wittenberg. Though Lutheran that early St. Lorenz never suffered from an iconoclast, maybe the now Lutheran citizens respected, what their ancestors had created here (by funding!)