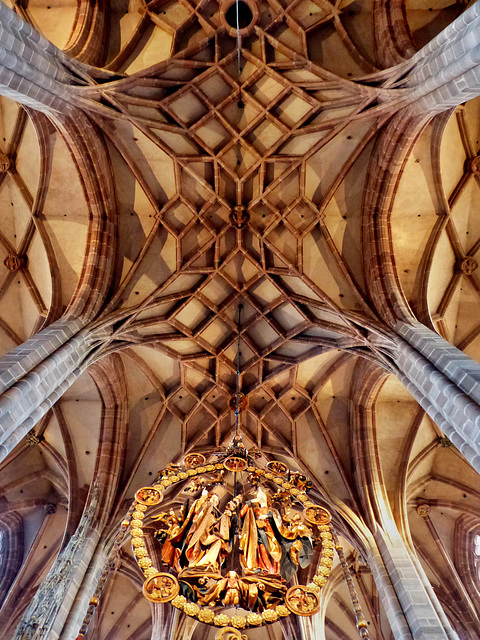 The large round "Engelsgruss" (= "Ave Maria") carved by Veit Stoss and the vaults of the the hall chancel above.