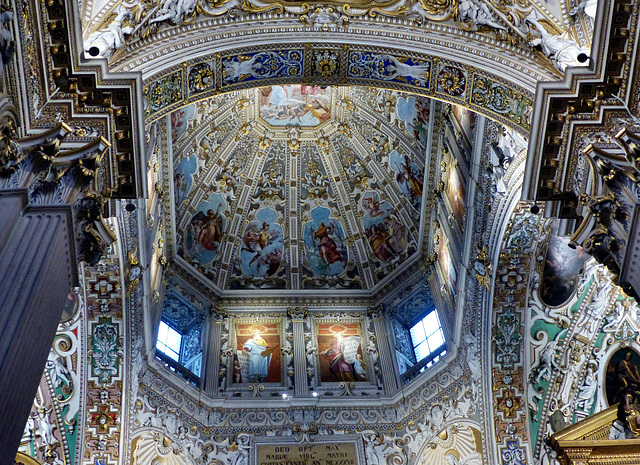 The ornate interior of Santa Maria Maggiore. It has been radically changed compared to the original Romanesque structure, by decorations in stucco and marble from the 17th century.